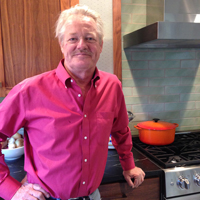 Rick started in construction in Colorado in 1974, doing commercial construction, and spent 2 years on a union job building a power plant for the federal government. He moved to San Diego in 1977, and for the next 12 years moved up the ranks, from carpenter to foreman. His first job was building the Jack in the Box in Rancho Bernardo.

Other projects followed, including commercial and government work; restaurants, gas stations, and notably the El Cajon Transportation Center and a 76,000 square foot project at the Del Mar Trade Pavilion at the fairgrounds. Another noteworthy project was the biggest gas station at the time in Chula Vista, on H Street east of the 805. The gas station included 12 islands.

One change of company followed, and in 1989 Rick’s brother Mike moved down from Santa Barbara and started work with a custom home builder. Rick went to work for him and helped him run his projects. As the “brains of the company”, Mike & Rick decided to go it alone, and in January of ’89 Rick got his license and started Lawson Construction. Mike followed Rick as a partner in June of ’89.

Their first project was a 1200 square foot addition in Poway that was right next to the middle school. Unbeknownst to them, every single parent dropping off a kid drove by their project. The result; a snowball of clients in the Poway area and a steady stream of repeat customers continuing to this day.

Most of their subcontractors have been with Mike & Rick for at least 10 years. This, along with a reliable network of suppliers and a guiding philosophy that sets Lawson Construction apart has propelled the company to where it is today. In Rick’s own words…

“We are on every single project.
We don’t sit in an office.
We’re hands on guys”. ~ Rick Lawson